Deliberate Impoverishment of the Western World

U.S. poverty totals hit a 50-year high Census Bureau’s grim statistics show recession’s lingering effects, as young adults move back home and 1 million more Americans go without health insurance … In a grim portrait of a nation in economic turmoil, the government reported that the number of people living in poverty last year surged to 46.2 million — the most in at least half a century — as 1 million more Americans went without health insurance and household incomes fell sharply. – Los Angeles Times 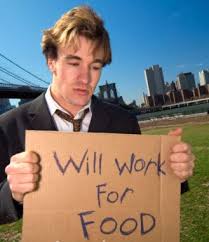 Free-Market Analysis: We’ve spent considerable time in the past three years (the past decade, actually), analyzing how the powers-that-be have reorganized society, especially American society, in a way that relentlessly reduces prosperity. Figures released yesterday from the US Census provide a startling illustration of just how effective elites have been. (See excerpt above.)

Why would a handful of wealthy central banking families want to impoverish the US and render its citizens penniless? Our conclusion is simple: World government is on the way and the American culture is still resistant to the kind of hyper-regulatory corporatism that is necessary to support this kind of governance.

America (the West, generally) has apparently been under attack by an organized cabal of inter-generational banking families and corporate, business and military enablers for at least 200 years now, and perhaps 300 years. In the past 50 years, the pace has accelerated.

One by one, the UN, IMF, World Bank, BIS, ICC (international court), WHO and countless other globalist organizations have been put in place. The mainstream media treats this evolution as inevitable. It cannot be. Each evolution must be planned, funded and promoted. When it comes to politics of this sort, there are no coincidences, as FDR once observed.

We have taken to calling what has evolved “directed history” – in which events including wars are planned to ensure maximum destruction of the culture as it is in order to further militarize, globalize (and impoverish) what remains.

Because America was a “great exception” – founded as a republic with a culture that was relentlessly entrepreneurial and agricultural – America has been under sustained attack to ensure that its culture is Europeanized and recreated as what we call “regulatory democracy.”

Regulatory democracy is one word for what has evolved. Corporatism is another. Fascism (of a sort) would be a third. No matter what word is used, the current Western model for nation states relies heavily on unelected bureaucrats, intelligence agencies and a military industrial complex that basically reports to the aforementioned elites and is not affected by voting or other democratic elements.

The modern nation state is funded by central banks, also seemingly controlled by these elite families, and the ultimate goal is formal global governance. Some question why a formal international government is necessary. The answer is that the elites like to work within a “lawful” environment of their own creation. The more that reality corresponds to their notions and plans, the easier it is to continually consolidate power.

Nothing else – no other sociopolitical model – seems to explain what has happened to America and Europe. The EU is a disaster and the euro has proven to be a currency that has brought ruin on the Southern crescent of that artificial entity. The one-size-fits all central banking policies of the union continue to collapse jobs and economies – something we’ve been forecasting for several years now.

European elites are on record as anticipating the disaster and welcoming it because it will allow for the creation a closer “political union.” But in the Internet era, people are not so easily manipulated as they were in the 20th Century. The pushback to elite plans is extreme. The fate of the EU is by no means pre-determined. Events could easily spin out of control.

In the US, the great merger between Canada, Mexico and America has been all-but-abandoned – for the time being. However, one of the primary figures behind that putative merger is Texas governor Rick Perry who spent much time and political energy in the early 2000s trying create a “North American Union.” In our view it is no accident that he is a front-runner for the presidency at this juncture.

The Rick Perry story is certainly illustrative of how the elites work. Perry actively supported a superhighway of some 20 lanes plus railroad tracks that was (and is) planned to bisect the US, running from Mexico to Canada. It would effectively turn the country into two separate halves, both of which would be economic backwaters, as trade and prosperity flowed between Canada and Mexico.

Perry also supported a kind of international health-care in which the US would subsidize medical treatments for Mexicans. He tried to portray this as a rare opportunity to address flaws in the health care system that a bi-national program would counteract. But in reality, it was more internationalism.

Perry was and is a globalist; he is likely a candidate of the elites and it is perhaps no coincidence that he is suddenly a leading GOP choice to run for president. Perry’s globalist sympathies were so evident in Texas that he had to write a book renouncing them.

In his book, from what we can tell, he basically repurposes most if not all of libertarian presidential candidate Ron Paul’s message of small government and reliance on the private sector. Perry’s statements were so extreme, however, that he has made himself a target on both sides of the aisle.

Perry is just one more unmoored and unprincipled politician, willing to undermine his country and its hundreds of millions for personal gain. (Some have compared him to a used car salesman and claimed in another, less corrupt era he would never have achieved his current position.) He has become a millionaire several times over during his political career, and no doubt millions more await him if he does by some chance become president.

Meanwhile, the larger American economy continues to suffer. Critics in the mainstream media will have plenty of explanations for how their country came to be in the shape that it is in. But from our humble perspective, there can only be one explanation; it’s part of a larger plan, at least to some degree. Here’s some more from the article, above:

The poverty rate for all Americans rose in 2010 for the third consecutive year, matching the 15.1% figure in 1993 and pushing many more young adults to double up or return to their parents’ home to avoid joining the ranks of the poor. Taken together, the annual income and poverty snapshot released Tuesday by the U.S. Census Bureau underscored how the recession is casting a long shadow well after its official end in June 2009 …

The total number of Americans who fell below the official poverty line last year rose from 43.6 million in 2009. Of the 2.6-million increase, about two-thirds of the people said they did not work even one week last year. Those with jobs were much less likely to be poor, but the recession and weak recovery have wiped out income gains of prior years for a broad spectrum of workers and their families.

Inflation-adjusted median household income — the middle of the populace — fell 2.3% to $49,445 last year from a year ago and 7% from 2000. “It’s a lost decade for the middle class,” said Sheldon Danziger, a poverty expert at the University of Michigan. The number of poor children younger than 18 reached its highest level since 1962, said William Frey, a demographer at the Brookings Institution.

This is an unmitigated disaster, and it is hitting young people the hardest. Overall, the number of 25- to 34-year-old men and women who were living with their parents last spring totaled 5.9 million, the article tells us, and this is a 25.5% increase since the recession began in 2007.

Of course, we note the words that are used in the article to describe the current conflagration, specifically the “R” word, recession. This is no recession, from what we can tell. Nor has there been a “weak recovery.”

With 50 million or so Americans relying on food stamps and unemployment realistically hovering at least in the 20 percent area (we think its closer to 30 percent), one can use any words one wants to – even “banana” – but a depression is a depression.

The elites, of course, fear depression. While it is important to remove prosperity from people’s lives in order to make them malleable, too much hardship can cause social chaos and the kind of pushback that puts “civilized” institutions at risk. During the Great Depression, the elites were most worried about armed insurrection in America and Europe, especially because there were so many young men with military experience as a result of World War One.

But depression is the logical outcome of the economic system now in place throughout the West. Driven by central bank fiat money divorced from underlying value, powered by taxes, visible and invisible, that take up to 50 percent of the average person’s income, and rigorously controlled by a blizzard of incomprehensible and destructive regulations, the system in place now is Babylonian in its devious intricacy and seemingly beyond redemption.

Add in five or six regional wars in the Middle East and Africa (with more doubtless coming) and the general militarization of the population and the larger model of corporatism, and the results become clear. The economy of the West has been so distorted that price signals are simply not available. No one knows what to invest in because government subsidies, regulation and fiat money have made it impossible to tell a healthy enterprise from a fraudulent one.

There is an easy way out of the depression that is gradually lengthening over the West like a malevolent shadow. Return to free and unregulated markets, disband central banks and let money freely compete and circulate, especially gold and silver.

Stop distorting the economy with endless government fixes, phony wars and the saddlingof the larger culture with the inevitable failing prescriptions of “wise men.” These are simple solutions. They have worked in the past and sooner or later they will work again. The elites, as powerful as they are, cannot forever hold back the logic of the larger market.

It is, in fact, inevitable in our view. In this era of the Internet Reformation, it is likely impossible for the elites to fully complete their globalist campaign. Too much is known about what’s planned and as a result, the great families are turning more and more (ineffectively) to repression, wiretapping and violence to achieve their ends.

Conclusion: This is evidence of the weakness of their position and we have seen no evidence that their situation can much improve either in the long or short term. In the 21st Century we would tend to believe that people may not prove so malleable as the elite has hoped. The Internet Reformation proceeds apace, bringing to the West more and more that is unexpected and hard to control. Directed history is harder and harder to implement. “Things fall apart,” novelist Chinua Achebe once observed. Not just in Africa.

Crisis as a Means to Building a Global Totalitarian State

Who Are The Illuminati?

Rothschilds & Rockefellers: Trillionaires Of The World

The Political Economy of Global Government

The Aim of the Financiers: A One-World Government With a One-World Currency

4 Comments on “Deliberate Impoverishment of the Western World”