“He [Vanunu] has written letters to us this year and last year also, where he stated explicitly that he did not want to be a candidate for the Nobel Peace Prize. The reason he gave was that Simon Peres had received the Nobel Peace Prize, and Peres he alleged was the father of the Israeli atomic bomb and he did not want to be associated with Peres in any way.” – Geir Lundestad, Director of the Norwegian Nobel Institute and Secretary of the Norwegian Nobel Committee, 24 February 2010.

For the first time in the history of the Norwegian Nobel Committee, a preemptive request to withdraw a nomination—by the nominee—was made.

END_OF_DOCUMENT_TOKEN_TO_BE_REPLACED

Mordechai Vanunu was released from Ashkelon prison to open air captivity in east Jerusalem on April 21, 2004, after 18 years, mostly all in solitary confinement.

In 1986, Vanunu had been clubbed, drugged, bound and kidnapped from Rome by the Mossad because he told the truth and provided the photographic proof of Israel’s clandestine seven-story underground WMD facility in the Negev.

After returning Vanunu to Israel, the whistleblower was treated as a traitor and locked away, while few protests were heard from the United States despite the significance of his evidence regarding Israel’s undeclared arsenal of nuclear weapons.

END_OF_DOCUMENT_TOKEN_TO_BE_REPLACED

US Hypocrisy on North Korea: Let’s Talk About Israel’s Nukes

The elephant in the room: Israel’s nuclear weapons

US ’silent on Israeli nuclear arms’

Hundreds of nuclear warheads under the control of Israel’s defense establishment.

In 1986, an Israeli civil servant who worked in the state-owned nuclear industry flew to London where he was invited to meet with reporters working for The Sunday Times. In these press briefings, Mordechai Vanunu revealed Israel’s top secret – the Israelis had gained control of a growing stockpile of nuclear warheads.

In the weeks immediately following these explosive revelations, Mr Vanunu visited Rome where Israeli espionage agents abducted him and forced his return to Israel. Back in Tel Aviv, Mr Vanunu was placed on trial for treason. Tried before a secret tribunal, Mr. Vanunu’s conviction was a foregone conclusion, and he served an eighteen-year prison sentence with eleven of those years in solitary confinement.

END_OF_DOCUMENT_TOKEN_TO_BE_REPLACED

Vanunu’s most recent tribulations began on January 25, 2006, when he was convicted by the Jerusalem Magistrates Court of 15 violations of a military order that prohibited him from talking to non-Israelis and for attempting to leave the state [he has no passport] by taking a cab from Jerusalem to Bethlehem to attend Christmas Eve mass at the Church of the Nativity in 2004-his first since he was released from 18 years-most all of it in solitary-from Ashkeleon prison.

The original indictment included 22 different violations, Vanunu was charged with 19 and acquitted of four. On July 2, 2007, Israel sentenced Vanunu to six months in jail just for speaking to non-Israeli media — and not on the content — of what are hundreds of conversations that began the day Vanunu emerged from a tomb sized cell for providing the photographic proof in 1986 of Israel’s underground WMD facility. However, he was acquitted of speaking to foreign nationals on the Internet and via video and voice chats.

Two days before President Bush’s first trip to Israel, and a day before Vanunu’s appeal was to begin, Israel sentenced him to community service. But Israel does not recognize occupied east Jerusalem as part of the community although it is the only neighborhood where Vanunu has lived since April 21, 2004. On September 23, 2008, the Jerusalem District Court reduced his sentence to three months in jail, “In light of (Vanunu’s) ailing health and the absence of claims that his actions put the country’s security in jeopardy.”

On June 14, 2009 Mordechai Vanunu told this reporter, “They renewed the restrictions to not speak to foreigners until November. I meet foreigners every day. I am talking with people every day. But I am not writing or announcing the appeal until after it happens. It was scheduled for January, then May 6th and June 18th. Now I am waiting for a new court date. The Central Commander of the General Army testified in court that it is OK if I speak in public as long as I do not talk about nuclear weapons.”

Vanunu returned to court on July 6, 2009 and “his attorney Avigdor Feldman…and the state agreed that after six months, pending a review of his conduct, Vanunu will be able to ask for the restrictions to be lifted and be allowed to travel abroad.

Feldman said, “Vanunu is not going to change. He will still be the man who left the reactor and transferred sensitive material over to The Sunday Times. But it is inconceivable that a man be held in Israel for his entire life because of this. The world has anyway lost interest in the subject…You can say a lot of things about Vanunu, but you cannot say he is dishonest. Until now he wouldn’t commit to refrain from speaking of [Israel’s nuclear program], but now he is. He wants to live, to raise a home, a family and children.”

However, the “Supreme Court President Dorit Beinish, did not agree with Feldman’s ‘lack of interest’ theory, saying that “the case is still generating great interest, like any other security-related case. The media’s attention he gets is proof of that.”

Vanunu told reporters, “All I’m interested in is freedom. Give me a passport and I can tour the world. I want to walk around the streets of New York.”

That evening I phoned Vanunu and as always he said he was, “OK…You have freedom of speech and freedom of movement. Do what you want. But I am not publishing anything…Everything is already on the Internet.”

I met Vanunu for the first time on June 21, 2005 and have seen him on all seven of my trips to Jerusalem, but not until June 14, 2009 did he fill me in on why he has not written and published his own story. Vanunu said that he and a writer had been openly meeting in the garden of the American Colony and working on his book soon after his release from Ashkelon, but a Palestinian spy turned them both in and the authorities threatened Vanunu with more jail time if he published anything without going through Israeli censors.

However, Vanunu did write that on February 22, 2006, in a Jerusalem court it was revealed that Israel had asked Microsoft to hand over all the details of his Hotmail account before a court order had even been obtained and they eluded that Vanunu was being investigated for espionage.

Vanunu wrote, “Microsoft obeyed the orders and gave them all the details, three months before I was arrested and my computers were confiscated. It is strange to ask Microsoft to give this information before obtaining the court order to listen to my private conversations. It means they wanted to go through my emails in secret, or maybe with the help of the secret services, the Shaback, Mossad.”

According to Vanunu, “The policeman did not have any answers and said that he brought all the evidence to the court. When Sfard asked him again about any material related to the espionage charge, Peterburg had no answers.

“Sfard proved that the police had misled the judges who gave the orders to arrest me: to search my room, to go through my email, to confiscate my computers and that they misled Microsoft to believe they are helping in a case of espionage.

“The State came to the court with two special secret Government orders, called Hisaion, which are documents or information that are deemed confidential by the government and kept from the court, the defendant, and lawyers. This allows the prosecution to keep documents related to my court hearing secret. One was from the Minister for Interior Security and one from the Minister of Defense.”

Vanunu reported that his secretly taped police interrogations, his 2004 Christmas Eve arrest for “attempting to leave the country” while traveling the four miles from Jerusalem to Bethlehem, the confiscation of his private property by thirty IDF that stormed into his room at St. George’s Cathedral had all “been done…under the false and misleading statements to the courts of ‘suspicion of espionage’, and yet they are not charging me with spy crimes. And the fact is that I have not committed any crimes.”

On St. Patrick Day 2005, Vanunu spoke to the media immediately after he had been arrested for speaking with the media in 2004.

Vanunu said: “I have no more secrets to tell and have not set foot in Dimona for more than 18 years. I have been out of prison, although not free, for one year now. Despite the illegal restrictions on my speech, I have again and again spoken out against the use of nuclear weapons anywhere and by any nation. I have given away no sensitive secrets because I have none. I have not acted against the interests of Israel nor do I wish to. I have been investigated by the police again and again, and re-arrested. They have found nothing. I have done nothing but speak for peace and world safety from a nuclear disaster…I do not want to harm Israel, but rather to warn of an enormous danger. I want to work for world peace and the abolition of nuclear weapons. I want the human race to survive.” 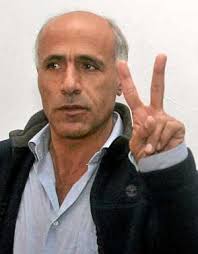