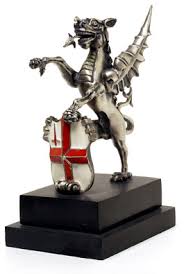 Crisis scenarios are the means by which dictators justify control. The most often cited example is Hitler’s “Enabling Act” in the wake of the Reichstag Fire. Another example is the “Patriot Act” in the aftermath of 9/11. Globalist organizations, behind the usual façade of the most idealistic intentions, such as the Club of Rome, have for decades warned of impending planetary doom unless a world control system of inaugurated. While many of the problems addressed by global control enthusiasts are real, attention is deflected away from the fact of those who are making the suggestions for extensive global controls to deal with problems also happen to be those who created the problems in the first place. These are the plutocrats who run a de facto globalist control system, whose aim is to turn it into a de jure system.

After an annual meeting of the Bilderberg Club in May 2009, the establishment of the global management system of institutions seemed to have been given a boost, repeating the plots of American apocalypitc blockbusters.

As soon as the financial top had opted for a lingering crisis, global managers were instructed to work in two major ways: first, to invent a myth about the danger of swine flu pandemic (in order to take control of the national healthcare systems and reorganize the World Health Organization (WHO) into a global healthcare ministry) and impose a threat of global warming to gain control of world natural resources and introduce a unified ‘green’ tax (alongside with creation of a new sub-national managing body- an international ministry of ecology).

Both tasks aim to intimidate the population and thus substantiate any policies undertaken by international organziations. Chairman of the Board of Governors ‘British Petroluem’, Peter Suterlan, once frankly admitted that he would like to impose fear of global warming in order to increase taxes and make people revise their lifestyle.

END_OF_DOCUMENT_TOKEN_TO_BE_REPLACED

The Climate Religion and Copenhagen I. UN: “Environment Should Compete with Religion, So That We can Shape People and Countries”

Summary: The UN´s  Environmental programme (UNEP) is very ambitious. It wants the environmental movement to be vying with religion to set our standards and values. A heretofore secret document shows the UNEP will command governments on climate issues to include all social conditions, and milk governments for money. The UNEP is engaged in a gigantic mission work, starting with  green- and brainwashing children through 30,000 organizations worldwide – using the same methods as the British government´s  Futerra. At a meeting in Paris on 4th and 5 Sept. UNEP took the oath of the media to run environmentalist propaganda  until the Copenhagen Conference and beyond, while the whole UN apparatus is mobilized in an unprecedented campaign of climate lies for a political agreement in Copenhagen.

END_OF_DOCUMENT_TOKEN_TO_BE_REPLACED

Lord Monckton on Climategate: ‘They Are Criminals’ (With Video)

This is what they did — these climate “scientists” on whose unsupported word the world’s classe politique proposes to set up an unelected global government this December in Copenhagen, with vast and unprecedented powers to control all formerly free markets, to tax wealthy nations and all of their financial transactions, to regulate the economic and environmental affairs of all nations, and to confiscate and extinguish all patent and intellectual property rights.

END_OF_DOCUMENT_TOKEN_TO_BE_REPLACED

I was contacted earlier by some readers of my articles and asked for my view on the events scheduled to take place in December in Copenhagen. This was something I had only recently heard about and therefore had little knowledge of. I quickly discovered a speech on climate change given by Lord Monckton which he ends by giving a stern warning to Americans that the United States will lose its national sovereignty should Mr. Obama sign this treaty in Copenhagen in December. It seems there are some who fear such an occurrence. They truly worry that Mr. Obama will turn our country over to a world government. Well, I hate to be the bearer of bad news, but we lost our national sovereignty long ago. If Mr. Obama were to sign a treaty creating a world government that would supersede the government of the United States it would be doing nothing except finally bringing out in the open what’s been happening under the table for decades.