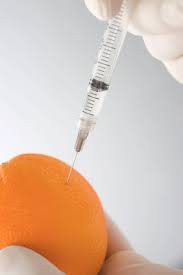 The seed, the source of life, the embodiment of our biological and cultural diversity, the link between the past and the future of evolution, the common property of past, present and future generations of farming communities who have been seed breeders is today being stolen from the farmers and being sold back to us as “propriety” seed, owned by corporations like Monsanto.

Under pressure of the Prime Minister’s Office (which in turn is under the pressure of the White House because of signing the U.S–India Agriculture Agreement) the States are signing MOU’s with seed corporations to privatise our rich and diverse genetic heritage. The Government of Rajasthan has signed seven MOU’s with Monsanto, Advanta, DCM-Sriram, Kanchan Jyoti Agro Industries, PHI Seeds Pvt. Ltd, Krishidhan Seeds and J.K. Agri Genetics.

While what is being undertaken is a great seed robbery under the supervision of the State, it is being called PPP – Private Public Partnership.

The MOU with Monsanto focuses on Maize, Cotton, and vegetables (hot pepper, tomato, cabbage, cucumber, cauliflower, water melon). It will in effect hand over to Monsanto millennia of breeding by farmers. The State will subsidize Monsanto’s breeding. It will allow Monsanto’s propaganda to replace extension by promoting “awareness building activities under Monsanto’s “gurukulam” training package with recommended package of practices for Rajasthan”. The State infrastructure will thus function for promotional activities of the companies. The private companies seed distribution will be based on “seed supply and distribution arrangements involving leverage of extensive government – owned network”. Thus farmers’ varieties will be replaced by increasing “Seed Replacement Rate” – which in effect erases in one season million of years of evolution and thousands of years of farmers breeding. Instead of breeding and distributing public varieties, the state agriculture universities are acting against their public mandate and violating the public interst by facilitating the privatization of the seed supply. Brainwashing by Monsanto based on “guest lectures by Monsanto’s global experts and scientists” is being labeled as “knowledge transfer”. Selling hybrids and then GMOs is being subsidized by using public land for “Technology demonstration farms to showcase products technology and agronomic practices on land made available by the Government of Rajasthan”.

Besides the handing over of seed and land, “Monsanto will be helped in the establishment of infrastructure towards the fulfillment of the collaboration objectives specified above through access to relevant capital subsidy and other schemes of the Government of Rajasthan”.

While public resources will be made available to Monsanto as a subsidy, “Monsanto’s propriety tools, techniques, technology and knowhow and intellectual property rights with respect to the crops shall remain the property of Monsanto although utilized in any of the activities outlines as part of the MOU.”

This is clearly an MOU for privatization of our seed and genetic wealth, and a violation of farmers rights. The seed supply that the agriculture universities are handing over to Monsanto are not the property of the state, nor of Monsanto. They are the common property of farming communities.

While the Government of Rajasthan has signed seven MOU’s, in the final analysis it is the MNC’s who will control he seed by buying out local companies or locking them in licensing arrangements. This is precisely what happened in the cotton seed sector. 60 Indian seed companies have licensing arrangements with Monsanto which has the intellectual property on Bt. Cotton. In the final analysis, this is not an issue of technology, but of seed monopoly.

The Government has argued that these MOU’s will introduce hybrids in Rajasthan. However, “processes like hybridization are the technological means that stop seed from reproducing itself. This provides capital with an eminently effective way of circumventing natural constraints on the commodification of the seed. Hybrid varieties do not produce true-to-type seed, and farmers must return to the breeder each year for new seed stock.

To use Jack Kloppenburg’s description of the seed: it is both a means of production and a product. Whether they are tribespeople engaged in shifting cultivation of peasants practicing settled agriculture, in planting each year’s crop, farmers also reproduce the necessary element of their means of production. The seed thus presents capital with a simple biological obstacle: given the appropriate conditions, it reproduces itself and multiplies. Modern plant breeding has primarily been an attempt to remove this biological obstacle, and the biotechnologies are the latest tools for transforming what is simultaneously a means of production and a product into mere raw material.

The hybridization of seed was an invasion into the seed itself. As Kloppenburg has stated, it broke the unity of the seed as food grain and as a means of production. In doing so, it opened up the space for capital accumulation that private industry needed in order to control plant breeding and commercial seed production. And, it became the source of ecological disruption by transforming a self-regenerative process into a broken linear flow of supply of living seed as raw material and a reverse flow of seed commodities as products. The decoupling of seed from grain also changes the statues of seed.

The commodified seed is ecologically incomplete and ruptured at two levels: First, it does not reproduce itself, while by definition, seed is a regenerative resource. Genetic resources are thus, through technology, transformed from a renewable into a nonrenewable resource. Second, it does not produce by itself; it needs the help of other purchased inputs. And, as the seed and chemical companies merge, the dependence of inputs will increase. Whether a chemical is added externally or internally, it remains an external input in the ecological cycle of the reproduction of seed. It is this shift from ecological processes of production through regeneration to technological processes of nonregenerative production that underlies the dispossession of farmers and the drastic reduction of biological diversity in agriculture. It is at the root of the creation of poverty and of non-sustainability in agriculture.

Where technological means fail to prevent farmers from reproducing their own seed, legal regulations in the forms of intellectual property rights and patents are brought in. Patents are central to the colonization of plant regeneration, and like land titles, are based on the assumption of ownership and property. As the Vice President of Genentech has stated, “when you have a chance to write a clean slate, you can make some very basic claims, because the standard you are compared to is the state of prior art, and in biotechnology there just is not much.” Ownership and property claims are made on living resources, but prior custody and use of those resources by farmers is not the measure against which the patent is set. Rather, it is the intervention of technology that determines the claim to their exclusive use. The possession of this technology, then, becomes the reason for ownership by corporations, and for the simultaneous dispossession and disenfranchisement of farmers.

We need to only look at the cotton seed supply to see what corporations hijack of seed means. Monsanto’s now controls 95% of the cotton seed market. It controls 60 Indian seed companies through licensing arrangements. It pushed the price of seed from Rs. 7/kg to Rs. 3600/kg, with nearly half being royalty payments. It was extracting Rs. 1000 crore per annum as royalty from Indian farmers before Andhra Pradesh sued Monsanto in the MRTP commission. 200,000 farmers have committed suicide in India since corporate takeover of seed started as a result of globalization.

Rajasthan is an ecologically fragile area. Rajasthan farmers are already vulnerable. It is a crime to increase their vulnerability by allowing corporations to steal their genetic wealth and then sell them patented, genetically engineered seeds. We must defend seeds as our commons. We must protect the seeds of life from the seeds of suicide.

In the arid tract of Rajasthan farmers only take-up single crop not because of higher economic return but have no choice due to vagaries of nature. It is seen that the income derived from monocropping of pearl millet resulted in a net income of Rs. 3280. Of the total return that farmer achieved 60% was spending the inputs only. In contrast by adopting mixed farming system a total gain of Rs. 12,045 was recorded wherein the expenditure incurred was a mere 19%. A mixed cropping in the surveyed villages comprised of pearl millet, moth bean and sesame grown together in a unit of land. Further exploring the more common mixed farming wherein pearl millet is sown with mung bean. It has been observed that mixed farming system registered more returns (69%) as compared to mono-cropping system. The increased return in mixed cropping is attributed to lower occurrence of weed and reductions in pesticides due to judicious use of inter spaces. Also at times the supplementary crop commands a higher price than the staple crop. A similar study for mixed cropping was also undertaken wherein a comparison between monocrops of maize and mixed crops of maize, cowpea combined was studied. The results herein were in consonance with the findings of above two case studies. The maize, cowpea combined crop recorded 31% more returns than maize monocrops.

The great seed robbery threatens both. That is why it must be stopped.

The Killing Fields of Multi-National Corporations

Monsanto: The world’s poster child for corporate manipulation and deceit

DOCUMENTARY – Life Running Out of Control

Codex Alimentarius – How The Global Elite Will Control Your Food Supply…

DOCUMENTARY – The World According to Monsanto (88 mins.)

The Organic Elite Surrenders to Monsanto

5 Comments on “The Great Seed Robbery”