AIPAC 101 — What Every American Should Know

DOCUMENTARY – The Israel Lobby in the USA

VIDEO – AIPAC: The Voice of America

VIDEO – The Truth About the 2009 Gaza Massacre

Disengaging America from the Israel Lobby

The Real Cost Of US Support For Israel – $3 Trillion

Israeli Apartheid and The Nakba

Pushing for “normalization” of Israeli apartheid

DOCUMENTARY – Palestine is Still the Issue by John Pilger

Up against the wall: challenging Israel’s impunity

Six years ago, we were busy preparing for the start of the hearings of the International Court of Justice (ICJ) in The Hague. The world’s highest court was to decide on the legal consequences of Israel’s wall in the occupied West Bank, which together with the network of settlements, military zones and Jewish-only roads annexes around 46 percent of Palestinian West Bank land. The court’s decision, months later, was clear: Israel’s wall is illegal, it needs to be torn down and the international community has an obligation to ensure that it is dismantled.

A victory? Not quite. Until today, neither foreign governments nor the UN have joined the Palestinian communities who have been destroyed by Israel’s wall in their efforts to dismantle it. Still, Palestinian villages show incredible perseverance and creativity in protesting the theft of their land and tearing down pieces of the cement blocks or iron fencing. They do so in the face of overwhelming repression.

END_OF_DOCUMENT_TOKEN_TO_BE_REPLACED 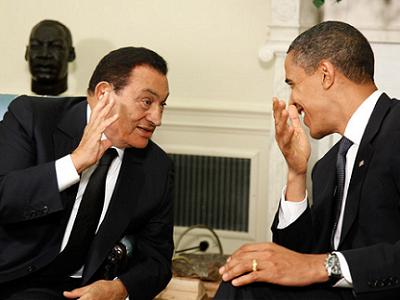 END_OF_DOCUMENT_TOKEN_TO_BE_REPLACED

For Israel, a Reckoning

The farce of the climate change summit in Copenhagen affirmed a world war waged by the rich against most of humanity. It also illuminated a resistance growing perhaps as never before: an internationalism linking justice for the planet earth with universal human rights, and criminal justice for those who invade and dispossess with impunity. And the best news comes from Palestine.

Palestinian resistance to the theft of their country reached a critical moment in 2001 when Israel was identified as an apartheid state at a United Nations conference on racism in Durban, South Africa. To Nelson Mandela, justice for the Palestinians is “the greatest moral issue of our time.” The Palestinian Civil Society Call for Boycott, Disinvestment and Sanctions (BDS), was issued on 9 July 2005, effectively reconvening the great non-violent movement that swept the world and brought the scaffolding of African apartheid crashing down. “Through decades of occupation and dispossession,” wrote Mustafa Barghouti, a wise voice of Palestinian politics, “90 percent of the Palestinian struggle has been non-violent … A new generation of Palestinian leaders [now speaks] to the world precisely as Martin Luther King did. The same world that rejects all use of Palestinian violence, even clear self-defense, surely ought not begrudge us the non-violence employed by men such as King and Gandhi.”

END_OF_DOCUMENT_TOKEN_TO_BE_REPLACED

Israel has approved plans for construction of a barrier along the border with Egypt, a move that clearly indicates that it wants to remain a religious apartheid regime.

The new barrier will be built along two parts of the border —near the Red Sea city of Eilat and on the edge of the Gaza Strip.

The project is set to cost $270 million and will take two years to complete.

END_OF_DOCUMENT_TOKEN_TO_BE_REPLACED

For Palestinians, Every Day Is Kristallnacht

These attacks, together with the demolition of Palestinian homes, the uprooting of Palestinians’ olive groves, the innumerable checkpoints that prevent Palestinians from accessing schools, work, and medical care, the Israeli Wall that denies Palestinians access to the land stolen from them, and the isolation and blockade of the Gaza Ghetto, are part of the Israeli government’s policy of genocide for the Palestinians.

The Israel Lobby has such power over America that even former President Jimmy Carter, a good friend of Israel, is demonized for using the polite term–apartheid–for the genocide that has occurred over the decades during which American “Christian” preachers, together with bought-and-paid-for politicians, justified Israel’s policy of slow genocide for Palestine.

END_OF_DOCUMENT_TOKEN_TO_BE_REPLACED

I’m sure you recognize that set of famous lines. With the name “Gorbachev” in place of “Netanyahu,” President Ronald Reagan intoned them on June 12, 1987, in front of the Berlin Wall. Less than two-and-a-half years later, of course, that stain on Europe, that prison wall of Soviet power which, in all the years of the Cold War, was seldom long out of the U.S. news, was gone – and 20 years later we’re still celebrating. The Israeli wall, endlessly under construction, is far longer, approximately twice as high, no less militarized, and no less a dystopian wonder of prison architecture. It is also a thief. As it meanders, it steals land. It is, as the Berlin Wall once was, a stain on the human landscape. But no American president, including Barack Obama, is likely to make a Reaganesque journey to the Middle East, denounce the wall, and call for its dismantlement. It plays little part in the news in this country when the Israeli-Palestinian situation is raised. It’s hard to imagine us celebrating its fall.