← Barack Obama is the most pro-war president in living memory
Libya, Hypocrisy and Betrayal by the United Nations →

The average person can barely imagine why World War III would be anything but a civilization-ending event.  And, yet, we have heard Neocons ramping up rhetoric that suggests a new world war would be a viable option to correct a dying dollar and economy.  Or, perhaps it is simply a sound investment if you are a Globalist.

RAND Corporation documents point to a desire for total war abroad and at home.  The recent reactivation of North and South Korea tensions could be a potential catalyst in an East-West World War scenario possibly involving nukes.  However, the next World War doesn’t necessarily need to be a conflagration; it could be a steady, slow, coldly calculated design to plunge the globe into austerity and totalitarian control through regulations such as those proposed by Codex Alimentarius and Agenda 21.

So, if one puts on the thinking cap of a sociopath, one might find the following 6 reasons are perfect to start World War III, by nukes or by stealth, and further the agenda of world governance.

Distraction: Regional conflicts both military and financial are being exposed as blatant economic looting and divide-and-conquer techniques.  Protests are erupting across the globe as people are waking up to their enslavement en masse.  Simultaneously, the high-tech police state is unfolding; endgame legislation is being passed to criminalize independence and control the Internet; and a reduction in the standard of living is minimizing the ability to purchase even simple distractions like cable TV.  The greatest awakening is that an exponential number of people are beginning to realize that their voice has no meaning in the political arena.  The left-right political paradigm is in grave danger, and has been made even more glaringly obvious by recent actions such as Obama awarding the medal of freedom to Bush, Sr.  Add to this the calls for arresting Bush, Jr. as a war criminal (and the subsequent questioning of why Obama would not support such a trial) and we begin to see indications that people are seeing through The Quigley Formula.  With such a populist uprising against all forms of oppression, the time appears to be ripe for the ultimate distraction. 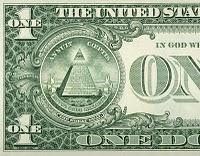 Boost the Dollar: The first thing that happened when shots were fired between North and South Korea was a flight to the dollar, just like every other crisis.  Russia and China just announced that they quit the dollar, and yet the dollar refuses to collapse despite fundamentals that are truly sickening.  It is almost as if there are too many crises for the Russia-China announcement to even matter.  Perfect timing.  Rather, it would be a fine strategy for the dollar to rebound before being dissolved into a global currency, as the dollar backs the premier world superpower.  We now have a twin storyline of both financial and military wars leading toward the same goal.  This could be the beginning of a monetary and real WWIII strategy set up to coordinate a universal collapse to benefit global interests.  And let’s not forget on which currency it actually reads New World Order

Global Hegemony:  The elimination of “rogue nations” is at the heart of the Globalist agenda, which seeks consolidation into the hands of a few powerful regions.  In fact, it has been the stated goal of The Trilateral Commission since its inception in 1973 under Rockefeller and Brzezinski.  Brzezinski’s response in 1974 to the question, What is The New World Order? says it all: “We need to change the international system for a global system in which new, active, and creative forces — recently developed — should be integrated.”  Since then, integration has been used to great effect by the U.S. to start wars where “terrorist” regimes can be subverted or dismantled, and their flags (resources) captured.  China is in a similar position with the vassal rogue state of North Korea where they can cattle prod it to action when convenient.  China is now being pressured by the global community to rein in the regime.  Perfect, they can consolidate their holdings in a similar fashion to what the U.S. has already done with South Korea.  This new Korean conflict could have the perfect dual effect of the Western world running to the safety of the Anglo-American establishment (and the dollar), while the East seeks the backing of China to correct instability in the region.  And all the while Russia and Iran are there for a potential final solution.

A “Feel Good” War:  For those not attuned to the larger Globalist agenda, America is in dire need of a feel-good war . . . another Nazi Germany-style threat possessing undisputed intentions of global dominance.  Enter China from stage left.  Communist China has not condemned North Korea for their latest actions, and has given early warnings to the U.S. about naval exercises in their “exclusive economic zone.”  If this continues, they only enhance their position as the perfect common enemy of the West.  Those who are naturally opposed to Globalism see China as the prime example of the policies which will lead to global tyranny.  A war with China, or Communism in general, will give the West more than just a bogeyman in a cave, but one that truly is seen as a physical and economic threat to Western civilization.  Mass opposition to the lies that led to wars in the Middle East have all but exhausted the Bin Laden version of Goldstein pushed in that Orwellian storyline.  Time to roll out the real threat, as the Globalist agenda accelerates toward its endgame.

Investment in the Military-Industrial Complex:  54% of the U.S. Federal budget is spent on the military in all of its forms, as it continues to expand at warp speed overseas and on the streets of America.  Traditional weapons of physical destruction, as well as high-tech weaponry and mind-controlled soldiers straight out of science fiction are set to align with the surveillance and tracking capabilities of biometrics and predictive behavior criminology.  New wars are always needed; particularly small-scale regional conflicts such as those suggested over and over again by Zbigniew Brzezinski and other Globalist geo-politicians.  However, their own writings indicate a time when the regional conflicts must morph into a global one in order to fulfill the final agenda of an integrated scientific global dictatorship which comes after the consolidation required by World War III.  The final war won’t have a name because it will be global governance unabashedly unleashed against the people it has systematically enslaved.  This final war has one goal.

Depopulation:  This part of the agenda

is still difficult for most people to grasp, but it is imperative to ask the question, What will global governance offer once its objectives of “order out of chaos”

are achieved?  We need only look at the results on a country-by-country basis when Globalist organizations like the World Bank and IMF have taken over: more poverty, more sickness, and a decrease in life expectancy.  They already have been operating by stealth with soft-kill weapons designed to weaken resistance and cause sterility.  The Russian geopolitical analyst, Konstantin Sivkov, who believes WWIII has begun already stated that, “History shows that the ‘elite’ of selfish civilizations do not get stopped by human sacrifices if there is a guarantee that they, themselves, will survive in bunkers.”

They have the bunkers.

We may or may not hear WWIII announced on the evening news, but we can look for the signs of global consolidation that defines the agenda of the New World Order.  With every new conflict and every new piece of legislation it seems that those signs are becoming more obvious by the day.

Libya, Hypocrisy and Betrayal by the United Nations

The Project for the New American Century

Global Warfare USA: The World is the Pentagon’s Oyster

Will Globalists Trigger Yet Another World War (With Video)

Pawns in the Game: A Satanic conspiracy to control the world