Financial Terrorism in America: Over 1 Million Deaths Annually, 62 Million People With Zero Net Worth, As the Economic Elite Make Off With $46 Trillion

Shocking statistics proving the economic elite have launched a deliberate systemic financial terrorist attack against 99.9% of the population.

An all out campaign of corporate and government propagand has obscured the truth of the blatant reality that economic elite have raped and pillaged a generation of Americans.

The veil of secrecy that keeps us blinded to our oppressors is disguised beneath obfuscated financial data and blatantly manipulated government statistics.

The truth of the matter is every single American feels the stress and pain of  increasingly burdensome economic hardships on a daily basis.

While we have been fooled to believe our troubles are isolated the light of truth is revealed from the great dark beyond and the fog that clouds our thoughts begin to clear.

END_OF_DOCUMENT_TOKEN_TO_BE_REPLACED

The Blame Wall Street meme is back. A popular movement called Occupy Wall Street is attracting attention by protesting in and around the US financial district. In this editorial, I want to examine what the protest means in a larger context.

The impulse of the demonstration is surely correct insofar as it goes. Today’s monetary system is likely creating a kind of globalist society verging on feudalism. But are the fingers pointing in the right direction? I’m not so sure. We’ve written about this in the past, here:

END_OF_DOCUMENT_TOKEN_TO_BE_REPLACED 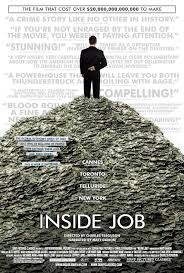