What a Strange Way to Protect Civilians: Depleted Uranium and Libya

“I was watching ABC News last night and, lo and behold, there was a DU impact. It burned and burned and burned.”
– Doug Rokke, ex-director of the Pentagon’s Depleted Uranium Project commenting on Libya attack.

“Depleted uranium tipped missiles fit the description of a dirty bomb in every way… I would say that it is the perfect weapon for killing lots of people.”
– Marion Falk, chemical physicist (retd), Lawrence Livermore Lab, California, USA 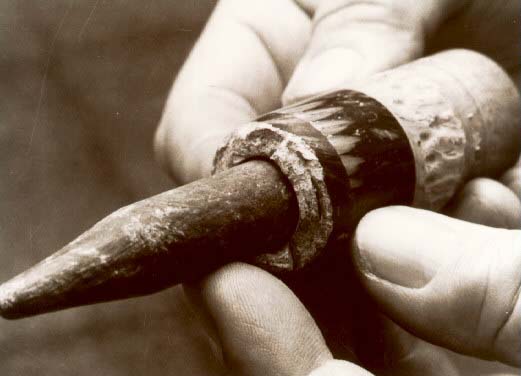 To date depleted uranium’s deathly dust has traveled its horrible route from Iraq (The first Gulf War in 1990/91) to the Balkans (with the NATO attack on Serbia in 1999) to Afghanistan (2001-) and back to Iraq (2003-)  Now we have the attack on Libya and I raise the question as to whether DU is being used once again in this latest “war”; whether this “nuclear waste with wings” continues its journey bringing with it short- and long-term death.

In the first 24 hours of the Libyan attack, US B-2s dropped forty-five 2,000-pound bombs. Did any of these massive bombs, along with the Cruise missiles launched from British and French planes and ships, contain depleted uranium? Doug Rokke joins others such as Conn Hallinan, of Foreign Policy in Focus, in believing that the answer is yes.

DU is the waste product from the process of enriching uranium ore. It is used in nuclear weapons and reactors. Because it is a very heavy substance, 1.7 times denser than lead, it is highly valued by the military for its ability to punch through armored vehicles and buildings. When a weapon made with a DU tip strikes a solid object like the side of a tank, it goes straight through it, then erupts in a burning cloud of vapor. The vapor settles as dust, which is not only poisonous, but also radioactive.

An impacting DU missile burns at 10,000 degrees C. When it strikes a target, 30% fragments into shrapnel. The remaining 70% vaporizes into three highly-toxic oxides, including uranium oxide. This black dust remains suspended in the air and, according to wind and weather, can travel over great distances. If you think Iraq and Libya are far away, remember that radiation from Chernobyl reached Wales.

Particles less than 5 microns in diameter are easily inhaled and may remain in the lungs or other organs for years. Internalized DU can cause kidney damage, cancers of the lung and bone, skin disorders, neurocognitive disorders, chromosome damage, immune deficiency syndromes and rare kidney and bowel diseases. Pregnant women exposed to DU may give birth to infants with genetic defects. Once the dust has vaporized, don’t expect the problem to go away soon. As an alpha particle emitter, DU has a half life of 4.5 billion years.

In the “shock and awe” attack on Iraq, more than 1,500 bombs and missiles were dropped on Baghdad. Seymour Hersh has claimed that the US Third Marine Aircraft Wing alone dropped more than “five hundred thousand tons of ordnance.” Much of it DU-tipped.

Al Jazeera reported that invading US forces fired two hundred tons of radioactive material into buildings, homes, streets and gardens of Baghdad. A reporter from the Christian Science Monitor took a Geiger counter to parts of the city that had been subjected to heavy shelling by US troops. He found radiation levels 1,000 to 1,900 times higher than normal in residential areas. With its population of 26 million, the US dropped a one-ton bomb for every 52 Iraqi citizens or 40 pounds of explosives per person.

The tragedy is that we will only know years after the bombing has stopped the extent of short- and long-term damage to the population, as the people of Fallujah in Iraq are now discovering from the horrific consequences of the depleted uranium and white phosphorous weaponry the US used on the city in 2004.

In the first 24 hours of the attack on Libya by the US and its allies £100 million worth of ordnance was used. No doubt much of it destroyed armaments and military installations sold to Libya by the very same countries now doing the bombing. The European Union’s arms control report said member states issued licenses in 2009 for the sale of £293.2 million worth of weapons and weapons systems to Libya. Britain issued arms firms licenses for the sale of £21.7 million worth of weaponry to Libya and were also paid by Colonel Gadhafi to send the SAS to train his 32nd Brigade.

The UK Ministry of Defense and US Department of Defense are careful how they refer to DU and prefer not to answer questions about its use. But in those “official” documents we have been able to view it is clear that DU is commended for its excellent penetrating qualities and we must assume that what is considered of military value is going to be used especially when the political spokespeople for the military are keen to deny that DU has any harmful affects on human beings.

Thus the UK Defense Secretary, Liam Fox, in correspondence with Bill Wilson, a member of the Scottish Parliament in February 2011 said: “The UK does not support resolutions that presuppose DU is harmful… The Government’s policy remains that DU can be used within weapons; it is not prohibited under current or likely future international agreements. UK armed forces use DU munitions in accordance with international humanitarian law. It would be quite wrong to deny our serving personnel a legitimate capability.”

Liam Fox is repeating the views of earlier UK Defense Secretaries. This is an excerpt from then Defense Secretary, Des Brown’s letter to Tony Benn, dated 21 April 2008: “In conclusion, our view remains that DU can be legitimately used within weapons and that it would be quite wrong for the UK Government to deny our troops a legitimate capability that provides the best possible protection for them during armed conflicts.”

Note that the letters appear to have been written by the same person!

Since we are being told, when we’re told anything, that DU is not dangerous and is an effective tool for warfare why would they not continue its use? So long as that is the official opinion from the military and the politicians we must take it at face value and force them to confirm that we are mistaken and that DU is no longer used.

I would love to be proved wrong as would, even more so, the people who are under bombardment. But The International Coalition to Ban Uranium Weapons have stated that: “The likelihood of DU use in Libya has now increased following the deployment and use of A-10 and Harrier AV-8B aircraft. ICBUW calls for pressure to be brought on the US to clarify the situation, and to put DU ammunition beyond use.”

This is unlikely to happen according to Doug Rokke, who recently told me: “The DoD/MoD jerks will always deny the use and always deny adverse health effects. That is the standing order. DU is so good against all types of target that they will never give it up.”

Which weapons systems use DU?

The military and the politicians are very shy about the uses of depleted uranium, but here is a list of all platforms using DU, and the rounds themselves.

– A10 aircraft: Of all the US military platforms that fire DU, the A-10 is responsible for the greatest proportion of DU fired.

– M101 20 mm Davy Crockett Spotting Round: A historical DU round, used by the US to estimate firing trajectory on the Davy Crockett nuclear rifle. No longer in use.

– M829 120mm APFSDS-T round: US Armour Piercing, Fin Stabilized, Discarding Sabot round. Fired from the M1A1 and M1A2 Abrams tanks, the M829 is the largest DU round in the US arsenal.

– M833 105mm APFSDS-T round: US 105mm Armour Piercing Fin Stabilized Discarding Sabot round, used in the M60 Patton series of tanks, and the M1 Abrams.

– OFL 120 F2 APFSDS-T round: French DU round used by the Leclerc Main Battle Tank. First fielded in 1996, and still in active service.

– PGU-14 30mm API round: US 30mm Armour piercing incendiary round used in the A-10 Thunderbolt aircraft.

– PROCIPAC APFSDS-T round: Next generation French 120mm uranium round. Reported to be under development in the early 2000s, but not thought to be produced in large numbers.

Depleted Uranium a tool to depopulate the world

DOCUMENTARY – The Doctor, the Depleted Uranium, and the Dying Children (53 min.)

Uranium in Iraq: the Poisonous Legacy of the Iraq Wars

Toxic munitions cause of baby deaths and deformities in Fallujah

Cancer – The Deadly Legacy of the Invasion of Iraq (With Videos)

The curse of Fallujah: Women warned not to have babies because of rise in birth defects since U.S. operation

The Population Reduction Agenda For Dummies

5 Comments on “What a Strange Way to Protect Civilians: Depleted Uranium and Libya”