A total of 957 Pakistani civilians were killed in American drone attacks in the country 2010, the Human Rights Commission of Pakistan said in its annual report Thursday.

The report that focused on human rights violations in the country also laid an emphasis on terror attacks in 2010, according to Xinhua.

‘Target killings’ in the country’s port city of Karachi saw the death of 237 political activists while in the southwestern province of Balochistan, at least 118 people were killed, the report said.

At least 1,159 people, including 1,041 civilians, lost their lives in 67 suicide bomb attacks in the country.

During 2010, at least 12,580 people were killed in different incidents, including 791 honour killings. A total of 581 people were kidnapped for ransom. 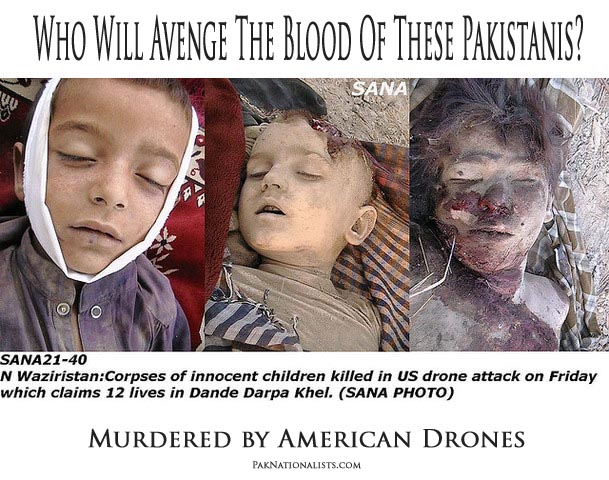 The report, whose statistics were derived largely from media and other undisclosed sources, criticised the government for failing to protect the citizens, especially religious minorities.

It said the biggest terrorist incident took place in Lahore at a place of worship place of a religious minority. The attack left 99 members of the Ahmadi sect dead.

The commission officials, in the report, urged political parties to work together to improve the human rights situation in the country.